Getting on the bandwagon: my top ten miniatures

Seeing the top ten lists doing the rounds of respected blogs, I got to compiling my own list.
Since I'm in the middle of scenery and snotling bases with nought to show, here's my top ten list in no particular order, with all but one actually being in my collection.
Anton, drum roll please...

1. Leman Russ with Freki and Geri

The first proper GW miniature(s) I bought. Modern depictions of Russ annoy me greatly, this is what he looked like, and he was blonde. OK?
Legend has it he and his companions may be gracing the pages of this blog in the near future. 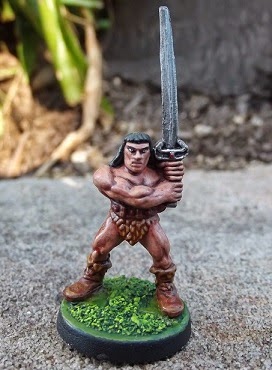 There isn't all that much to him but his sheer Conan-ness and large sword, but I love him. 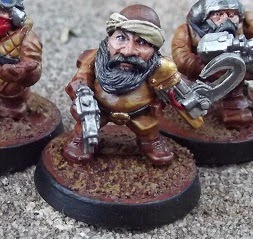 He's a dwarf in space, and he's a pirate. 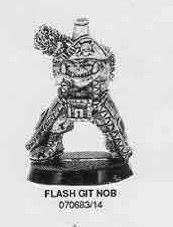 He's an ork in space, and he's a pirate. The hair squig, chastity belt (?) and skull faced peg leg really top it off. 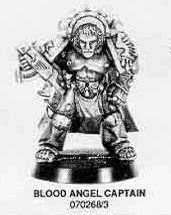 It's hardly the most dynamic pose but this guy has always been a favourite of mine.
I had a hard time deciding between him and the Chaplain, but "Captain Erasmus Tycho" as seen in the battle report in my first WD, #166 won out. 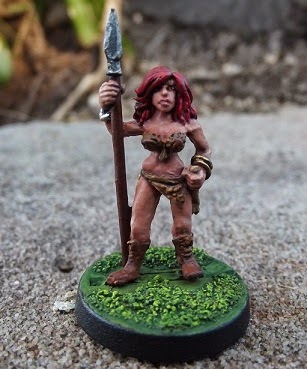 My top ten had to have a Barbarian of each sex in it, and this is the fairer of the two. 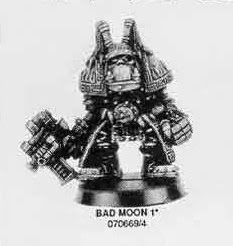 Probably my favourite Space Ork, this guy will one day lead my Bad Moon warband into err, war. 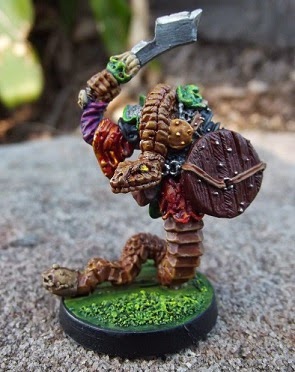 I had no idea about Citadel Snakemen until I joined the Oldhammer forum, and I think they're rather nice indeed. 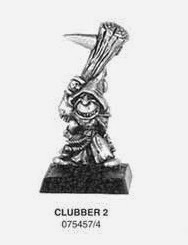 The humble Night Goblin, resplendent with maniacal grin and large spiked club.
I nearly went with one of the ball and chain fanatics with tongue sticking out but this lunatic called out to me- what a legend. 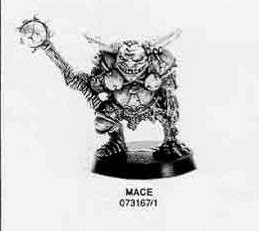 The one mini on this list I don't have (as of yet, anyway), this guy is my favourite in a range that features some really legendary sculpts.
I didn't expect any Chaos minis in my top ten, but this guy cannot be denied.